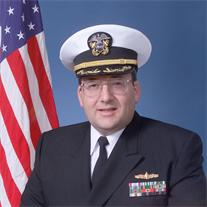 With great regret we pause to note the passing of Todd Kauderer. Todd was a stalwart of the wargaming community, and a friend and mentor to many. He had a distinguished career in the United States Navy, as a civilian employee of the Department of Defense, and as one of the chief wargamers at the Johns Hopkins APL. Of all Todd’s many admirable qualities, one we will most miss was his boundless enthusiasm. Despite being an old hand, with a lustrous CV, he was always first in line to show a new recruit the ropes; always signing up for every new demo and half-baked idea. Todd was an inspiration in his vocation and his avocation. The middle of three generations of proud service to the U.S. military, he also spent his free time assembling one of the great 15mm scale miniature collections, and helping the rest of us be more accurate and more relevant. He gave his technical expertise and encyclopedic knowledge as generously as he could, and he never lost his love for the work. The last time I spoke to him he was still plotting what team might be assembled to steal the NIC wargaming contract from SAIC. His loss will be deeply felt.