A new CNAS report by Stacie Pettyjohn, Becca Wasser, and Chris Dougherty outlines findings from Dangerous Straits, a recent strategic-operational wargame exploring a fictional 2027 war between China and the United States over Taiwan.

The wargame, hosted by the Gaming Lab at CNAS, in partnership with NBC’s Meet the Press, illuminated the dilemmas that U.S. and Chinese policymakers might face if China were to invade Taiwan, along with the strategies they might adopt to achieve their overarching objectives.

The wargame indicated a protracted conflict rather than a short war is likely if China decides to invade Taiwan. Neither side felt as though it had lost, but both had depleted their missile inventories, sustained significant losses, and still needed to resupply and rearm forces under attack. Preventing China from a quick triumph over Taipei did not equate to an American and Taiwanese victory.

Drawing from the findings of the wargame, the authors assert that the United States and its allies and partners must take several steps to change the Indo-Pacific military balance in their favor to deter China from invading Taiwan and prevent war. These steps include the following:

The U.S. Department of Defense should make sustained investments in long-range precision-guided weapons and undersea capabilities, while also enhancing the resiliency of its posture in the Indo-Pacific region and deepening planning with key allies and partners.

The U.S. Department of Defense should plan for a protracted conflict and develop ways to reduce the risks of inadvertent escalation with a nuclear armed China.

The U.S. Congress should enable key improvements in the Indo-Pacific through the Pacific Deterrence Initiative and should help shape Taiwan’s military posture.

Taiwan must improve its defensive capabilities by investing in asymmetric, resilient, and attritable capabilities; increasing training for its active and reserve forces; and by stockpiling key weapons and supplies.

The full report can be found here.

The Center for a New American Security (CNAS) is seeking to hire a Research Assistant to support its Defense Program. Candidates with project management, event management, and scheduling experience, along with an interest in defense strategy and wargaming are strongly encouraged to apply.

Additional details can be found here.

The Center for a New American Security has issued a call for applications for “Wargaming with the Next Generation: A Russia Crisis Simulation.” The virtual workshop will provide students and young professionals with the opportunity to simulate decision-making in a political crisis and military conflict in Europe.

The one-and-a-half-day event will be held on July 21 and 22, 2021. The first half-day will focus on the basics of wargaming and will teach participants how defense and strategy games are used by U.S. and EU stakeholders to enhance decision-making. During the second day, participants will engage in a virtual crisis simulation with defense and national security experts to gain greater insight into the longstanding diplomatic and defense relationships between the United States and Europe, including NATO and EU dynamics.

To be eligible, applicants must be US citizens between 15 and 30 years old.

Additional information and application details can be found at the CNAS website.

CNAS: A deadly game in the East China Sea

The Center for a New American Security has posted the video of their recent wargame of a future militarized crisis in the East China Sea. Each turn, members of the audience chose from among the options presented by CNAS experts, who then gamed the results.

The post-game session included not only the scenario and East Asia security issues, but there also a discussion (at 1:46:35) on the value of diversity in serious gaming.

There is still time to register for A Deadly Game: East China Sea Crisis 2030, and online virtual wargame being hosted by the Center for a New American Security on July 22.

As part of its 2020 America Competes national security conference, the Center for a New American Security (CNAS) will convene a virtual wargame on July 22: A Deadly Game: East China Sea Crisis 2030.

Additional conference details and registration can be found here. Participants can register separately for various panel discussions and for the game itself.

A few months ago RAND released a report based on tabletop wargames they had undertaken of a hypothetical Russian invasion of the Baltic republics. This month the Center for a New American Security has released its own report on Baltic security, based on a crisis game they conducted last month:

In an effort to better prepare both sides of the Atlantic to grapple with such challenges, the Center for a New American Security (CNAS) conducted a tabletop exercise (TTX) in Washington in February 2016. Spanning two days, the TTX, titled Assured Resolve, featured nearly 50 high-level participants from Europe and the United States, enabling current and former officials to identify gaps in strategy, statecraft, and capabilities. The purpose of the exercise was twofold: to explore assumptions about possible national and multinational responses to future Russian provocations and to examine in real time the threshold for action on the part of international organizations such as NATO and national capitals.

Participants were divided into five teams: the U.S. government, NATO, and the Nordics, as well as the fictitious countries of Baltia and Grosland (the aggressor). These two latter teams were intended to reflect the current dynamics between the Baltic states and Russia, respectively. All five teams were presented with three sequential moves designed to climb the escalation ladder during the two days of the exercise.

As the CNAS press release notes, the game was conducted as a three move seminar game:

Move One began with lower-level conflict inside Baltia that featured a Groslandian incitement and strategic communications campaign to test Western responses to the provocative actions. To determine the viability of bilateral Nordic partnerships with the Baltic states and broader regional dynamics, Move Two presented participants with three near-simultaneous incidents: Groslandian threats to cut of energy supplies to Baltia paired with a Groslandian cyber provocation in the face of oil price disputes between the two countries and the unintentional downing of a European commercial airliner (caused by a Groslandian jet that had turned of its transponder on a probing mission). Finally, Move Three introduced a conventional but accidental military conflict after Groslandian troops entered Baltian territory during a training exercise and Baltian troops tried to arrest them. Teams met in two-hour blocks for each move, developing their responses and interacting with one another through face-to-face meetings. At the end of each two-hour block, participants convened as a group to share insights, responses, and challenges with each individual move.

Overall, “the results of this two-day exercise were surprising and highlighted the need for Europe and the United States to revisit core assumptions about European security.”

Assured Resolve identified a number of areas for improvement in terms of NATO’s strategy and cohesiveness in the face of surprise aggression.  Among the key insights, the report touches on future force posture in Central and Eastern Europe, the lack of allied capabilities to counter Russian Anti Access/Area Denial tactics, and the value of relationships with Alliance partners, more specifically, Sweden and Finland. The authors present a series of recommendation, including the need for a new transatlantic strategy resting on the three pillars of unity, deterrence and resilience; an increase in NATO’s exercises; a strengthening of conventional deterrence capabilities; and greater investment in intelligence, space and cyber capabilities. The report also stresses the need for both the EU and NATO to break the longstanding impasse on cooperation in order to focus on resilience.

I’m not sure how “surprising” any of that is for those who have followed discussion of European security in recent years, especially in the wake of Russian actions in Ukraine (and before that, Georgia), annexation of the Crimea, and earlier (2007) cyber attacks on Estonia. 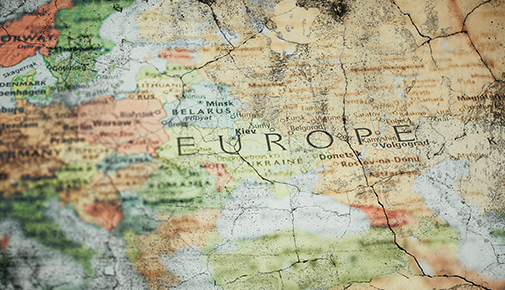 However in many ways the findings of the CNAS crisis game nicely complement those of the earlier RAND study. Indeed, the two offset each other’s largely unavoidable methodological weaknesses.

The RAND study was a traditional force-on-force wargame that focused terrain, combat assets and capabilities, mobility, air superiority, and out-of-theatre reinforcement. It was criticized for some by limiting the Western response to Russian aggression to the use of military measures in the European context—a somewhat unfair criticism, since the sole purpose of the game was to determine how long Baltic forces could resist and how well the rest of NATO could support them.

In contrast, the CNAS study was a focused on broader crisis response, including diplomatic, economic, and other non-kinetic capabilities. I’m not a fan of seminar games for a number of reasons—in particular, they tend to be less interactive and dynamic than a real-world crisis—and there is usually a stark limit to how much granular insight they can offer into military operations. However they do allow one to look at the complex politics of alliance response across the DIME (diplomatic, information, military, economic) spectrum.

On a somewhat different note, I was bemused to see that the CNAS game semi-disguised the Baltic republics and Russia by naming them Baltia and Grosland in the simulation. Some years ago I was at an unclassified NATO conference in Estonia where we all warned by local security officials that agents of a hostile intelligence agency had been spotted in the conference hotel trying to eavesdrop on conversations. A smiling Estonian intelligence official told us all that while diplomatic sensitivity precluded him from identifying the nationality of these suspicious individuals, “I can tell you that they are from a country that borders both Estonia and Japan.”