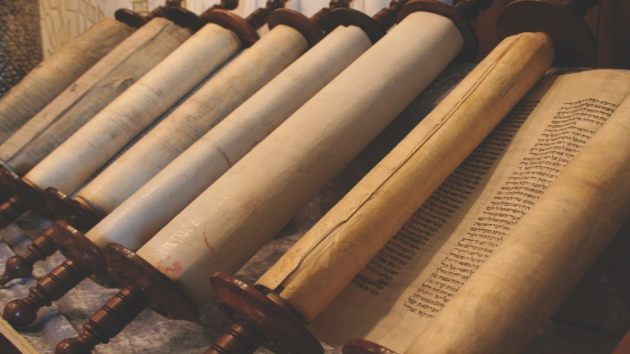 PAXsims is pleased to present a selection of recently-published items on simulation and serious gaming. Some of these may not address conflict, peacebuilding, or development issues at all, but have been included because of the broader perspective they offer on games-based education or analysis.

Articles may be gated/paywalled and not accessible without subscription access to the publication in which they appear.

Leila Demarest and Róisín Smith, “Managing Expectations? The Opportunities and Limitations of e-Learning Applications in Conflict Prevention and Peacebuilding Training,” Journal of Peacebuilding and Development, 14, 3 (December 2019).

In recent decades, governmental and non-governmental organisations have increased the number and scale of Conflict Prevention and Peacebuilding (CPPB) activities in conflict-affected countries. This development has also led to an increase in personnel in these organisations, posing challenges for staff training. In response, many organisations are looking at e-learning applications to provide cost-effective training at a broad geographical scale. Online courses and “serious games” have in particular received interest in recent years. In this article, we discuss the opportunities and limitations of such applications for CPPB training. We argue that they face challenges in contributing to skills and knowledge development but emphasise nevertheless that these challenges are similar to those faced by current classroom training initiatives. The potential of technology should not be exaggerated, yet digital applications can broaden the scope of participation and professionalization in CPPB activities to a wider range of (non-Western) actors.

LVC (Live-Virtual-Constructive) training system is drawing attention due to changes in battlefield situation and the development of advanced information and communication technologies. The ROKAF(Republic of Korea Air Force) plans to construct LVC training system capable of scientific training. This paper analyzes the results of V-C interoperability test with three fighter simulators as virtual systems and a theater-level wargame model as a constructive system. The F-15K, KF-16, and FA-50 fighter simulators, which have different interoperable methods, were converted into a standard for simulation interoperability. Using the integrated field environment simulator, the fighter simulators established a mutually interoperable environment. In addition, the Changgong model, which is the representative training model of the Air Force, was converted to the standard for simulation interoperability, and the integrated model was implemented with optimized interoperability performance. Throughput experiments, It was confirmed that the fighter simulators and the war game model of the ROKAF could be interoperable with each other. The results of this study are expected to be a good reference for the future study of the ROKAF LVC training system.

Tradition holds the mission of higher education to be three-fold: teaching, research, and service, with overarching emphasis on learning (O’Banion, 2010). Increasingly, institutions of higher education are searching for ways to improve the delivery of knowledge to students and, as a delivery mechanism, learning games are currently in vogue (Sabin, 2012; Ulicsak & Wright, 2010). Because half of college students are adult learners (NCES, 2018), higher education institutions must acknowledge this fact and seek ways to support and encourage adult students. The confluence in higher education of learning games with adult learners was the context for the study. Give that most learning game studies have examined learning outcomes (Sitzmann, 2011; Weigel, 2013), this study focused on adult game-based learning by exploring if relationships existed between and among learning styles and demographics, and experiential aspects of and satisfaction with a game.

This mixed-methods, sequential, explanatory, dominantly quantitative study assessed adults’ learning styles and perceptions of experiential aspects of a game, based on Kolb’s theory (1984, 2015), and the characteristics and satisfaction of adults who participated in a learning game. The sample was drawn from adult learners at a U.S. military graduate education institution. Data were collected from game-playing adults who completed a learning style inventory (N = 48), an experiential aspects and satisfaction questionnaire (N = 41), and interviews with volunteers (N = 11). Data analyses used appropriate statistical and theme- identifying methods, and the results were converged supporting comparison and contrast.

The findings resulted in recommendations that are potentially useful to higher education leaders responsible for curriculum policy-making and practice, to designers of learning games for adults, and to institutional leaders concerned with the attraction and retention of adult students.

In this paper we explore the possibilities to combine two research methods we regard as being very useful when interacting with stakeholders in complex systems. We discuss a mixed research methods approach, based on the Q methodology and a simulation game. In a game design process, translating the real or reference system into the game design is an intricate process and rather challenging due to the complexity of today’s societal systems. As shown by various studies, different data techniques are proposed in order to translate reality aspects. One of the proposed data gathering techniques in combination with simulation games is Q methodology. Q methodology is a suitable method to retrieve social perspectives of stakeholders on a particular topic. Yet it is still elusive how the results of a Q methodology can be used in a game design process. In this paper, we explore the possibilities how to combine the two methods and how to translate the results of the Q analysis into a game design concept. In the context of a case within the domain of transport and logistics, we discuss how such mixed research methods approach could look like. We conclude with a future outlook on our research.

While there is no lack of Literature on role-play, there is a lack of empirical based studies. Further, what it is about role plays that makes them engaging educational tools is far from clear. The present paper argues that the structural properties of roles, and the players’ preferences/assessments are two contributing factors in explaining student engagement. The paper is part of a larger exploratory study on the structural components of role plays and their properties in relation to motivation and engagement. This paper focuses on the structural properties of roles (i.e. the way roles are constructed) in role plays, the players preferences and evaluation of these roles and their correlation to student engagement in different higher education institutions and in different areas of study. It uses both student perceptions and preferences gathered by questionnaire and quantitative data analytics to examine a limited number of structural properties in relation to student engagement with Multi Player Online Role Play Simulation Games (MORPSGs) for learning in higher education.

Education in International Relations requires continual evolution. One approach is the use of negotiation simulations for complex issues. Despite the extensive literature on the subject, there is a lack of qualitative research on this approach, particularly in Latin America and Mexico. This paper presents the findings of a qualitative research on five simulations with Mexican students. The five exercises were characterized by the application of elements that are not usually included in traditional simulations, such as a multiweek phase of prior negotiations, the use of Twitter, the introduction of nonstate actors, a gala dinner, and a continuous feed of real world news. We investigated 118 participants through 30 in depth interviews analyzed with NVivo, a systematized analysis of 118 reports, documents and tweets, and a pre-post questionnaire applied to the fifth group. The results in the five simulations were highly positive. The students reported a greater awareness of the complexity of international negotiations. Such awareness can present both a risk and an opportunity: a risk because those circumstances caused discouragement and frustration in many participants, and an opportunity because those same circumstances, properly channeled, triggered parallel skills, and creative thinking. Therefore, the role of the facilitation team was fundamental.

Professional wargames (Kriegsspiele) had been adopted by the Prussian army at the start of the nineteenth century. They received a major boost after the Prussian successes during the German Wars of Unifications (1864–70) and were subsequently introduced by the armies of other European powers, the United States and Japan. They continued to play a vital role in the twentieth century, and all major German campaigns during the First and Second World Wars were prepared by wargames. I provide a descriptive analysis of the main forms of Prussian-German wargames during the key decade between 1870 and 1880. I then argue that the success of German wargames can be understood in the context of the military concept of mission tactics (Auftragstaktik). I will show how both wargames and mission tactics were driven in their turn by the even wider context of technological revolution in the fields of firearms and railway transport. I will argue that these contexts ushered forth professional wargames along an initially tenuous trajectory, before they became a key instrument in training and planning for war in the hands of the Great General Staff of the Prussian and hence the German army.

…In order to apply findings from research and to gain further insight into possible responses to a global pandemic in the 21st century, we conducted a simulation exercise of a hypothetical, but realistic, pandemic influenza today. Approximately thirty Georgetown medical, graduate, and undergraduate students played the roles of global, national, and local officials as well as medical advisors responding to a pandemic. The exercise included two phases, each of which ended with a presentation by the student participants to a panel of “decision-makers” from public health and other sectors. The simulation highlighted several areas that were key to the simulation, that would likely also arise in the case of an influenza pandemic today: identifying epidemiological characteristics of the novel pandemic strain, coordinating globally in accord with the International Health Regulations, implementing a Public Health Emergency of International Concern, applying non-pharmaceutical interventions, assessing availability and distribution of medical countermeasures, maintaining standards of care in a crisis, and communicating risk information locally.

[A collection of 76 papers accepted for the ISAGA 2019 conference.]

Woo-Sup Yoon and Jeong-Cheon Seo, “A Study on Effective Discussion Based Training Applying to Army War-game Process in Disaster Response Safety Korea Training,” Journal of the Society of Disaster Information 15, 3 (2019).

Purpose: The purpose of this paper is to present a method for effectively conducting discussion-based training in disaster response safety training. Method: To this end, we analyzed the disaster response training of developed countries and suggested the training scenarios by applying the war-game process that is currently applied in the operation planning of our military. Result: In one disaster situation, several contingencies could be identified, and supplementary requirements for the manual could be derived. Conclusion: Therefore, in conclusion, if the military war-game process is applied to the discussion-based training in disaster response safety training, effective training can be carried out.

Please take a minute to complete our PAXsims reader survey.