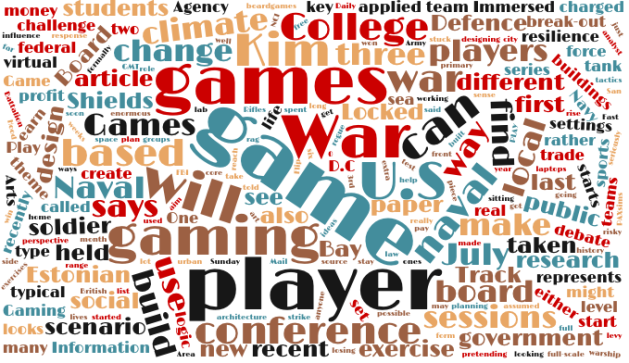 PAXsims is pleased to present some recent items on conflict simulation and serious (and not-so-serious) gaming that may be of interest to our readers. Many thanks to Aaron Davis and others for suggesting material for this latest edition. 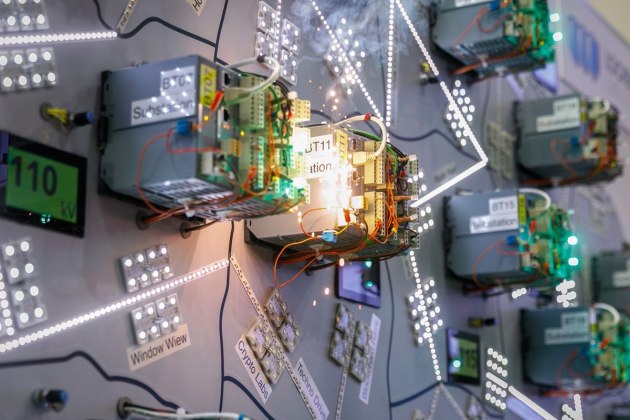 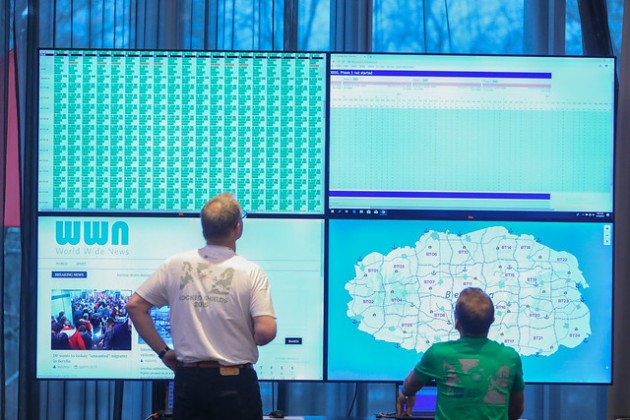 As an article in Fifth Domain notes, this was the scenario for Locked Shields 2019, a recent NATO cyber exercise:

The drill, dubbed Locked Shields 2019, is billed as a “live-fire” event, which means all actions by six teams of competing network defenders will have immediate effects in the game-like environment.

More than 1,000 cybersecurity experts are expected to participate in the exercise, coordinated from Tallinn, Estonia, by NATO’s Cooperative Cyber Defence Centre of Excellence. The organization has its headquarters in the Estonian capital.

Additional government organizers include the Estonian Defence Forces, the Finnish Defense Forces, U.S. European Command and the National Security Research Institute of the Republic of Korea.

A NATO team built around the alliance’s Communications and Information Agency, NCI, is the defending champion at this year’s Locked Shields event.

Following a series of cyberattacks against Estonia’s financial sector and communications nodes in 2007, the country has become a leading cybersecurity force within the alliance. Estonian officials have blamed the Russian government for the attacks, which Moscow has denied.

According to a press release from the NATO Cooperative Cyber Defence Centre of Excellence, the team from France won the competition. 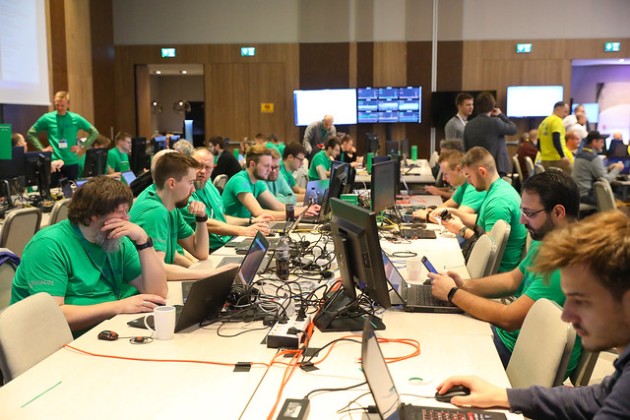 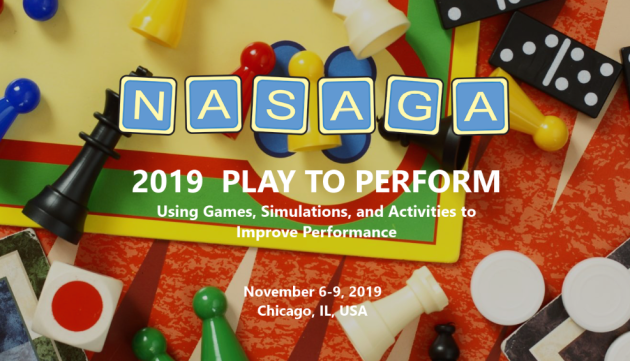 The North American Simulation and Gaming Association’s 2019 conference will be held in Chicago on 6-9 July 2019, on the theme of “PLAY TO PERFORM: Using Games, Simulations, and other Activities to Improve Performance.”

Our Conference begins with three pre-conference sessions. Each spearheads a certification program. Participants can just attend a pre-con or continue taking five additionally aligned break-out sessions and completing a post-program applied evaluation to earn a certificate of achievement.

..and don’t forget, of course, that the Connections US professional wargaming conference will be held this year on 13-16 August 2019 at the US Army War College in Carlisle, PA. Details here.

This paper argues that for policy gaming to be more impactful in research communities, it must be better able to expose the logic of design and analysis to outside scrutiny. Because policy games differ in key ways from mainstream research techniques in the social sciences, we must develop a gaming-specific set of logics to do this work. This paper presents a set of archetypical types of information that can be generated from a game, based on an iterated expert validation approach. It then delves into the logic of each—detailing what differentiates each type from the others and discussing typical tradeoffs make in the design of games of each type. 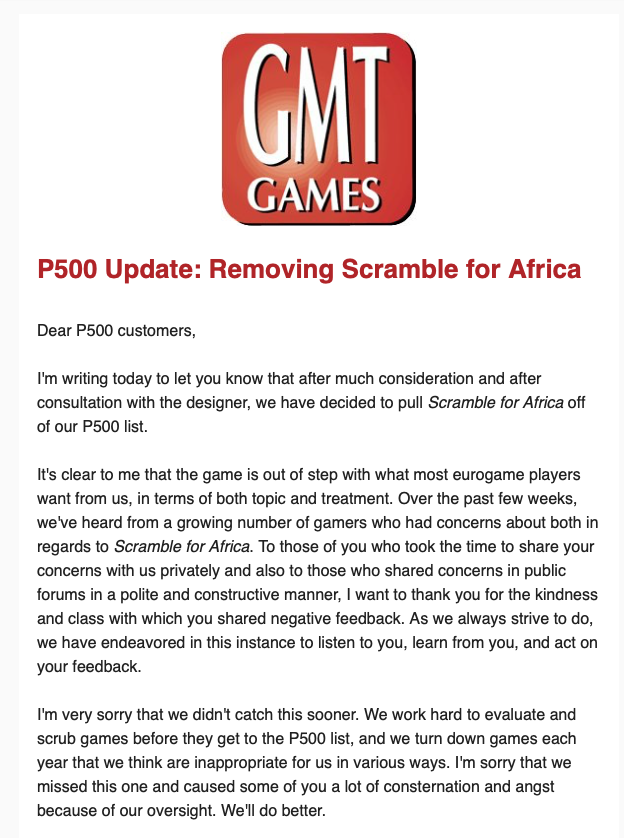 The decision soon sparked a heated debate. Some argued that the company acted appropriately, cancelling a potential game that failed to treat a sensitive subject with appropriate sensitivity. Others screamed censorship. At Board Game Geek, David Dockter (Herr Dr), summarized what was then 29 pages of sometimes angry postings. Several threads got locked down. 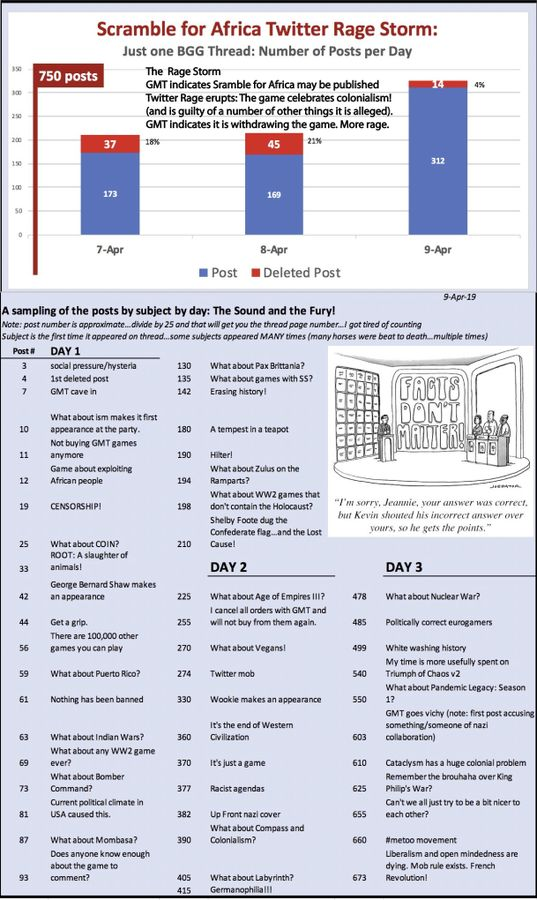 For a particularly thoughtful account of the game, debate, and broader issues, see Jon Bolding’s article at Waypoint, “A Cancelled Board Game Revealed How Colonialism Inspires and Haunts Games.” 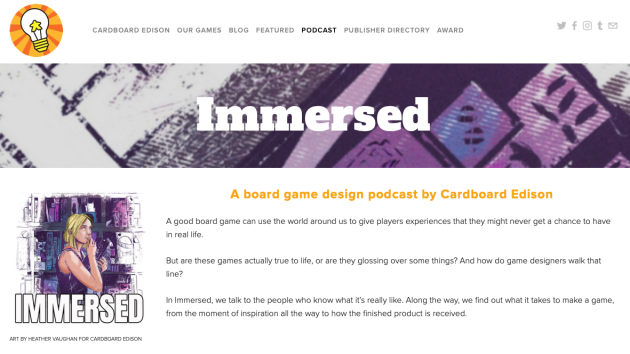 Immersed is a gaming podcast with a  difference:

Immersed dives into board games and how they create unique experiences for players based on real-world settings. Each episode, we examine a single game and how that game’s mechanics reflect its theme. We talk to the games’ designers, but also to subject-matter experts who tell interesting stories about the games’ settings. We also incorporate live-play audio, but always in the service of a larger documentary-style story.

We aim to bring professional-level production quality to the show, with a storytelling style and polish that hasn’t been done in board game podcasting before. We’ve released three episodes so far on a monthly schedule, with our first season scheduled to last 10 episodes. 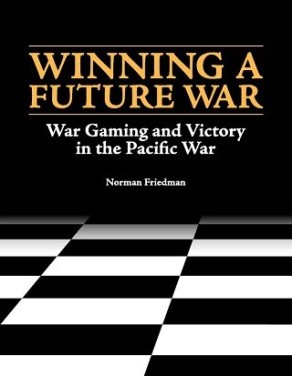 Norman Friedman’s book Winning a Future War: War Gaming and Victory in the Pacific War (2018) is available as a free download from the US Navy’s Naval History and Heritage Command.

Between 1919 and 1941, the U.S. Navy transformed itself from a powerful if unsophisticated force into the fleet that would win a two-ocean war, from a fleet in which the battleship dominated to one based on carrier strike groups. The great puzzle of U.S. naval history is how this was accomplished. Well-known naval analyst Norman Friedman trenchantly argues that war gaming at the U.S. Naval War College made an enormous, and perhaps decisive, contribution. For much of the inter-war period, the Naval War College was the Navy’s primary think tank. War gaming was the means the college used to test alternative strategies, tactics, evolving naval aviation, and warship types in a way that the Navy’s full-scale exercises could not. The think tank perspective taken by this book is a new way of looking at the inter-war Naval War College and the war games that formed the core of its curriculum. Although the influence of both the Naval War College’s gaming and of the college itself declined after 1933, most of the key decisions shaping the wartime U.S. Navy had already been taken. The two most important ones were on the role of naval aviation and the form the U.S. war plan against Japan ultimately assumed. As shown here, U.S. naval commanders successfully applied the lessons learned from war gaming to victorious operations in World War II.

A British soldier was charged last month for going rogue in a computer game, according to the Daily Telegraph:

A soldier has been formally charged after “losing his rag” during a virtual battlefield exercise and killing his comrades.

The Edinburgh-based Army rifleman is believed to be the first soldier to be punished under UK military law for offences in a virtual scenario rather than in real life.

He is said to have been fed-up with being stuck at a computer rather than training outside.

A source from 3rd Battalion, the Rifles told the Mail on Sunday: “We’d spent two weeks sitting in front of laptops pretending we were in a really hostile urban environment – I’d challenge anyone to take it seriously for that long.

How can boardgames help us better understand the possible effects of climate change?  Janette Kim has a few ideas:

Janette Kim started designing board games about climate change after working on scenario planning with her architecture students at Colombia University–and seeing that the typical process, which architects and many cities use to make decisions, was fairly boring. Board games brought the scenarios to life. “They’re great at mixing together a lot of complexity and making that visible,” says Kim, who now teaches at California College of the Arts and leads the Urban Works Agency, a research lab at the school that looks at the use of architectural design on social justice issues, sustainability, and economic resilience in cities. A series of the games developed by Kim and her students, called Win-Win, is now in an exhibit at Yerba Buena Center for the Arts in San Francisco.

In a Monopoly-like game called The Other 99%, each player is a real estate developer, but one player starts with three times more money than the others–and as sea level rises, they can afford to build on higher ground. The other players have more votes; every other round, everyone discusses whether to build a levy and who will pay for it. “You basically see how risk associated with your properties influences your decision-making and your tendency to either seek short-term profit or long-term profit,” she says.

In Bartertown, a game that imagines a world without money, players trade favors and share resources to deal with the impacts of climate change. The game was commissioned by The Bay Area Conservation and Development Commission for use in public meetings and with agency partners; the commission wanted to explore the idea of social resilience. Each player starts out in a different part of the Bay with different everyday activities to accomplish, and then has to start collaborating with other players when things go wrong–say, you have to get to work, but flooding has taken out your commute, so you have to make a trade with another player to stay at their home, closer to your office. “You start to see how people’s lives entwine with each other,” Kim says.

Delirious D.C. looks at the challenge of relocating buildings because of sea level rise. One player represents the federal government, which has many buildings in risky floodplains in D.C., and the other represents local citizens in the city. The local player might want to build housing or create parks; the federal player might want to relocate the FBI or the Smithsonian. Each tries to build up as much territory as they can while blocking the other player, and can earn extra points by convincing the other player that new combined institutions–like the F.B.I.R.S.–make sense as a new way to make use of limited space.

n Flip This Hood, a checkers-like game based on East Oakland, neighbors are pitted against the owners of a sports stadium and major sports teams. “The game basically studied the way that the Coliseum either benefits or does not benefit the neighborhood of local residents,” says Kim. Each player tries to reach the other side of the board first, through actions that range from building a public art piece to eviction or squatting on the other player’s property.

A game called In It Together, also based on the East Bay, gives each player the identity of a different stakeholder–such as a developer, a resident, or local wildlife. As climate change impacts the community, they have to decide when to collaborate or compete….

Graduate students at the University of Stirling recently wargamed crisis escalation in the Ukraine—and NATO’s response. 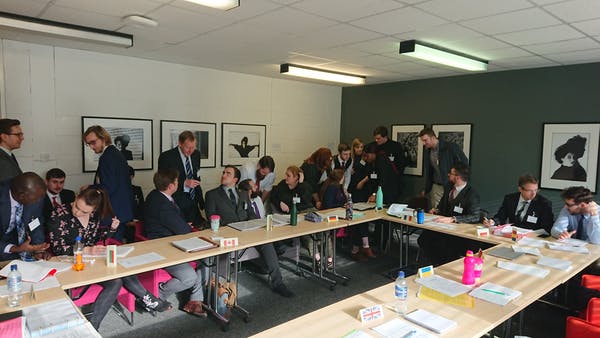 You’ll find their conclusions at The Conversation.

What has the Serious Games Network been up to in France? Playing the ISIS CRISIS matrix game at the École Militaire!