PAXsims is pleased to present some recent items on conflict simulation and serious (and not-so-serious) gaming that may be of interest to our readers. 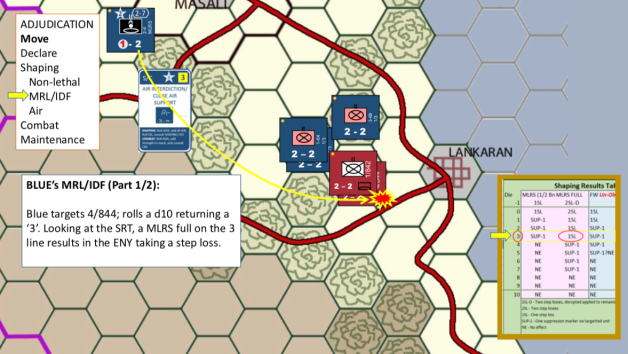 Landpower: GAAT has been made available for free in print-and-play format, via BoardGameGeek.

Landpower: GAAT (the Georgia, Armenia, Azerbaijan, Turkey scenario) is a wargame designed by LTC Patrick Schoof at the U.S. Army Command and General Staff College and used for instruction in academic year 2018.

Landpower is designed to drive both sides to plan and conduct sequential operations in a large scale combat environment. Many parts of shaping and combat are intentionally abstracted to allow the intended training audience to focus on appropriate decisions at the division echelon as a division commander and staff. The mechanics of the game are intentionally minimized above and below the echelon of decision. A well-planned operation with its events synchronized usually works most of the time. A poorly planned large scale operation will likely result in failure. Friction is intentionally built in! Landpower was designed to meet educational learning objectives while still being able to stand alone as a wargame. Because of this, most of the instructions ask the reader to treat the conduct of it as an exercise. In the classroom, Landpower is not about the game, but rather the discussion the wargame elicits.

The exercise is conducted over a series of days. Each day is broken down into four, six-hour turns. During the turns each side will have opportunities to conduct operations to achieve their side’s objectives.

The scenario in Landpower is conducted mostly in Azerbaijan based on the GAAT (Georgia, Armenia, Azerbaijan, and Turkey) terrain. Each hex is roughly 6.5km across. The terrain has been abstracted for the division echelon of decision with consideration given to possible second order effects of a particular feature’s inclusion or exclusion from the exercise. For example, the terrain at 39°56’42.3″N 48°21’00.4″E was treated as urban, and the northwest-southeast road was omitted because it would not change operations, though the bridge was retained.

Glad to see this finally available on Board Game Geek–thanks to U.S. Army CGSC. For the DoD crowd, it’s also available via milBook on the Serious Games group.

The die-hard wargamers will be honestly not very impressed with what they see; it’s a very, very basic tactical move and shoot game, with supporting arms/Multi-Domain warfare handled via the use of cards. But understand that most of the officers have never even seen a board wargame, much less played one, and it’s a good entry-level venue to learn how to execute tactical courses of action in an admittedly crude way. Things we take for granted as board wargamers are completely new to most of the officers. It’s also not hard to want to “bolt on” other things onto the basic game, such as Armenian organizations, a Marine Expeditionary Brigade, etc.

Best of all, it’s relatively uncomplicated as far as wargames go and plays quite fast!

Regarding the debate on how useful the game is, much depends on the desired learning outcomes. As a faculty member of U.S. Army Command and General Staff College (as well as a long-experienced wargamer), it fills the bill for what we need for the classes we teach. That said, I can understand why someone would say, “That’s it? That’s all there is?” Yes, there should be more. Absolutely. But we as faculty are constrained by the amount of hours devoted to particular subjects, so we typically move on to other fields of study mandated to us. Our hope is that our officers are sufficiently intrigued so that they’ll continue investigations into a deeper understanding through self-study. It doesn’t happen often, but it occasionally does happen. It’s a fair criticism to say that there’s not enough reinforcement and enhancement of such experiences, both within the school and beyond it.

The latest issue of the Journal of Defense Modeling and Simulation 15, 4 (October 2018) is now available online.

The Military Operations Research Society will be holding a Cyberspace Wargaming and Analytics workshop on 23-25 October 2018 at MITRE Corporation (McLean, VA):

The primary objective of the workshop is to collaborate on data, models and wargaming best practices plus lessons for current cyberspace wargames and operations. This includes describing the current state, clarifying gaps and developing solutions for cyberspace operations data, models and wargaming. This event is FREE to US Government Civilian and Active Duty personnel.

The keynote speaker will be John T. Hanley Jr., Ph.D. Dr. Hanley is currently an independent consultant working on strategic studies and gaming. He served as the Deputy Director for Strategy Management in the Office of the Director of National Intelligence during the period March 2010 to March 2012. His responsibilities included developing a strategic assessment process to inform top-down guidance and create shared vision, values and strategies within the Intelligence Community, bringing strategic thinking to strategy-to-budget processes, and leading the Galileo Program to promote and reward innovation within the IC. For his full bio, visit http://www.mors.org/Events/Special-Meetings/Cyberspace-Wargaming.

There will also be a game night at the DoubleTree by Hilton McLean Tysons in place of the traditional special meeting social. This event will allow attendees not only the opportunity to socialize but also games and techniques in a fun, inviting setting to add to their repertoire. The game night will be $15. Game night attendees will be provided light fare and a cash bar is available as well. Attendees can expect a number of wargames at various levels. These will include single play/opponent games as well team or multiplayer games.

For further information and registration, go to MORS website. 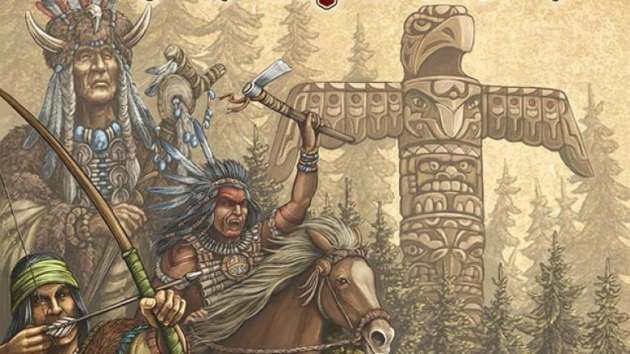 A totem pole in Manitoba? German board game accused of stereotypical portrayal of Indigenous people

“Manitoba” is a product of German company DLP Games. Some Manitobans are upset about the game’s stereotypical ideas of Indigenous people. (DLP Games )

A German board game called Manitoba is drawing a lot of criticism for the way it portrays the culture of Indigenous Peoples in Canada.

The game, called Manitoba, is a product of DLP Games.

“This game is set in the Canadian province of Manitoba with its green hills and majestic mountains, large lakes, endless prairies and forests,” the English-language version of the game’s instructions state.

“It deals with the life of the inhabitants in harmony with the different seasons and the capriciousness of nature.

“Players represent different clans of the Cree Indians, taking care of the material progress as well as of the spiritual development of the clan. At the end of autumn, all clans finally come together to determine the new chief from the clan that has progressed the furthest!”

Ross says the game’s artwork is problematic as it’s an inaccurate depiction of indigenous peoples in Manitoba. (DLP Games )

The artwork accompanying the game includes images of a totem pole and other imagery that is not part the cultures of Manitoba’s Indigenous Peoples.

The game has drawn heavy criticism on the BoardGameGeek online forum.

Governor General’s Award-winning writer Ian Ross is an Indigenous board game enthusiast and the founder of the Winnipeg Board Game Club.

Though the artwork is problematic, what some people have found most troubling is the game’s portrayal of Indigenous spirituality, he told CBC News.

“I think for some people, that’s the real sticky point, the thing they find most egregious, is the commodification of our culture,” he said….

You’ll find the full article at the link above.

The issue of cultural representation in boardgames is an interesting and sometimes controversial one, and—time permitting—is something we hope to return to with a broader discussion at PAXsims in the future. If you might want to contribute, let us know.

Jentery Sayers is teaching a course on “paper computers” —board games—at the University of Victoria this fall:

This seminar follows that low-tech disposition. We’ll survey the pasts of paper computers and their entanglements with literature. We’ll visit Special Collections to study some pertinent media, such as artists’ books, moveable books, machine-woven books, miniatures, cards, boards, and zines. Then you’ll select an “-ism” (e.g., imagism, constructivism, or thingism) and use it to prototype a tabletop game. We’ll discuss the dynamics that bridge aesthetics with mechanics, including how games rehearse legacies of colonialism and capital accumulation. What alternatives exist, and how are they made?

We’ll play some games as we go, and read a smidgen of fiction and history, too.
From week to week, we’ll ground it all in design practices: bookbinding, 3D modelling, fabricating, and playtesting, for example. Various guest speakers will join us. By the end, you should develop a palpable sense of how this becomes that with a computer—but without running culture in the background. 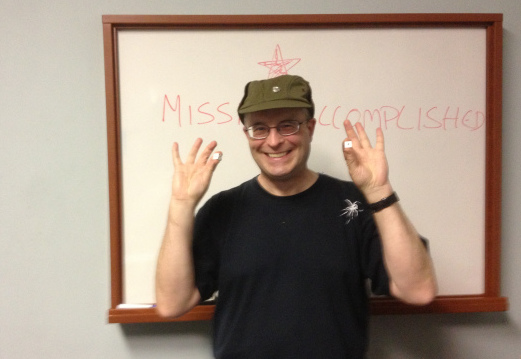 Continuing with Brian Train references, he is the guest in an excellent recent episode of the Harold on Games podcast.

THIS podcast is singularly composed of an interview with prolific game designer and insurgent provacator, Brian Train. We will discuss the myriad of games he brought with him to ConSimWorld Expo and his future plans.

The dates for the Connections Oz wargaming conference have been confirmed: 10-12 December in the Hatchery at the University of Technology, Sydney. More details here.

A recent business article the Financial Post discusses “war game techniques to get you through this age of disruption.” Judging from the image they use to illustrate the piece, some of these involve the use of a sword.