New Yorker Radio Hour: Rolling the Dice in a Battle with Russia 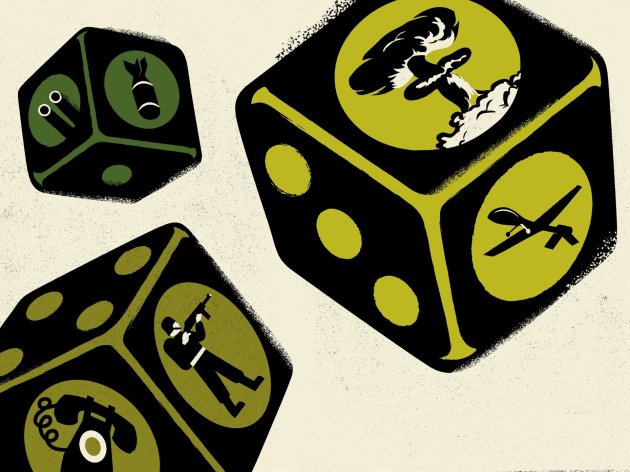 The New Yorker Radio Hour features an excellent 15 minute audio report by Simon Parker on “Rolling the Dice in a Battle with Russia.”  He starts by discussing the Western Approaches Tactical Unit with PAXsim’s very own Tom Mouat (Defence Academy of the UK), and wargaming with David Shlapak (RAND). The report ends up with an account of a matrix game at the Defence Academy exploring contemporary Russian policy.

The complexity of world events can’t be modelled by a flow chart or even the most sophisticated algorithms. Instead, military officers, diplomats, and policy analysts sometimes turn to an old but sophisticated set of tools: war games. Simon Parkin writes for The New Yorker on gaming, and he recently observed officials playing what’s known as a matrix game led by Major Tom Mouat, an expert on war games, at the Defense Academy of the United Kingdom. Parkin describes Mouat’s game as being a cross between Dungeons & Dragons, Risk, and a rap battle. On the day of the game play, Britain had expelled Russian diplomats in retaliation for the poisoning of a former Russian spy on British soil, and the game focussed on trying to predict and contain Putin’s response.