The following piece has been contributed to PAXsims by Natalia Wojtowicz of the NATO Civil-Military Cooperation Centre of Excellence. In it, she asks whether wargames focused solely on military response to a Russian conventional attack against NATO might be missing key elements of the picture: alliance resolve, population attitudes, non-kinetic and hybrid operations, crisis management, and conflict mitigation.

Wargaming is largely an intellectual exercise: posing dilemmas before we need to face them in reality. It needs to challenge notions, assumptions and ways of acting. It is about heads making decisions. The problem with NATO Eastern Flank is that we already prepared the answers. We have not given any thought to the question we are posing.[1]

Protracted fighting in Ukraine and annexation of Crimea has awaken the contingency planning for collective defence in NATO. Newly discovered sense of urgency has taken us back to thinking of East-West divide and Cold War times. The question which simulations are currently posing is: How to win the war with Russia? The critical assumption made is that there will be escalation and that the war will be decided by military victory. 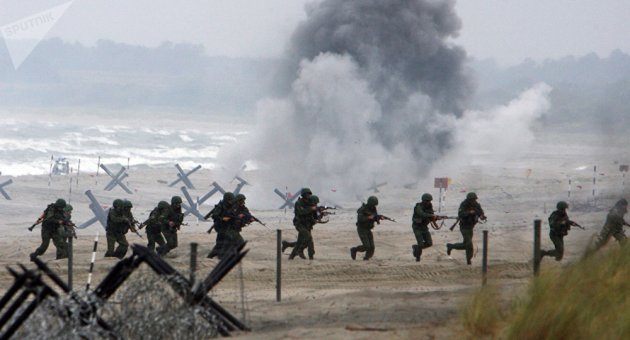 The build-up in forces, readiness and narratives has been compared to the Cold War levels.[2] That is exactly the case in point for the question in mind: did the Cold War end as we have simulated it? Was it achieved with final battle between East and West? Was it readiness and tactical brilliance that dissolved Soviet Union? No. It crumbled under population resistance, organized social movements and political craft. Looking backwards might not always provide us with way forward – after all, the world took more than one twisted turn in the last 27 years.[3] Looking South and East of NATO to the destabilized zones, clearly the population has been the trigger for the tensions, the target of the operation and the mobilized force used to achieve political aims.

RAND Corporation has wargamed the Russian invasion on the Baltics, promptly concluding that NATO would be left with very limited options, all of them bad.[4] The answer based on the military potential can be calculated with a high degree of accuracy. If we treat the confrontation as blue (friendly) versus red (enemy) forces, simple Lancaster equations would suffice. A counterargument against this predictions is that we have seen different use of force in the East, especially with regards to Ukraine. We also saw different decisive force in the East considerably earlier, which rendered the predictions useless – fall of the Soviet Union.

Second consideration should be given to the objective of NATO. It has been founded for the collective security, which enshrines two elements: territory and population. We can safely conclude that NATO territory is not under attack (despite intense wargaming aimed at Northern-Eastern borders). On the other hand, we can also easily enumerate attacks which targeted population. This leads to the need for adaptation: first in thinking, second in the environment we nurture and third in responses we can employ. 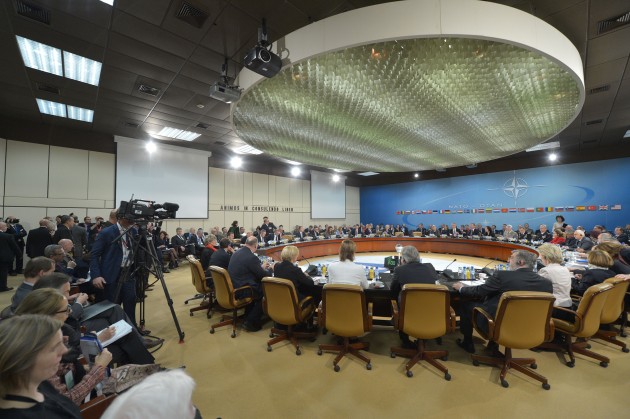 Think of it as a deck of cards. Even simplest two-player game starts with a goal. For NATO, this goal is to preserve peace by preparing for war. It is of utter importance not to confuse this two. The end is the peace and the mean is the military alliance. The ends and means have been mixed – we are wargaming the military confrontation to prove our peace objectives. This translates to having two cards instead of a deck of 52 – peacetime and all-out war. If you look to the enemy, it is testing this resolve – where is the line in the sand that pushes NATO to war. Can I destabilize the situation without collective response? The example of cyber-attack on Estonia following the removal of Soviet monuments in 2007 has shown Russia is playing their cards on the whole spectrum. NATO has regained its stance, confirming that cyber-attack can be recognized as a trigger for an Article 5 (collective defence). The problem is, this declaration followed in 2014. Adaptation rate was slower than the testing resolve. It also did not offer proportionate response options, which need to be available at first in the wargame, and eventually in reality. 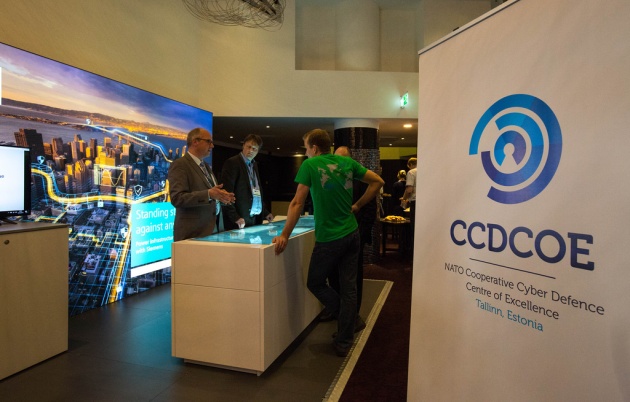 What has not been recognized is that Ukraine has not fallen prey to all-out conventional attack – what NATO has named as the “hybrid warfare”, the Russian doctrine has labelled as New Generation Warfare. Putting the terminology aside, it has become apparent and urgent that different forces are at play. The question, which needs to be to starting point for NATO Eastern Flank wargaming is: how to prevent war with Russia?

To this question, new cards can be created, bridging the gap between all-peace and all-war. If we retreat to reality as the live laboratory, additional non-kinetic capabilities come to mind and people stand in the way of clinical strike. Our prepared answers do not fit the questions – raised readiness and posturing at the Eastern Flank can represent the cards needed to win the military confrontation with Russia. To prevent the war, we need proportionate response to testing of NATO resolve, means that enshrine population from attacks below Article 5 threshold and most importantly, full-deck-of-cards concept of security. In short, we must ask the right question: how to keep the peace, not how to win the war.

[1] Along several wargaming sessions on NATO platforms and independent simulations, the defence of Eastern Flank has been mostly based on military means, e.g. Potomac Foundation Hegemon Simulator.

[2] This rhetoric of intensified military exercises has been visible in NATO and Russian media. See, for example, this report in the Guardian.