The wargaming Wrens of the Western Approaches Tactical Unit

In the latest issue of the Women in War newsletter (Autumn/Winter 2016), Paul Strong outlines the crucial role that members of the Women’s Royal Naval Service (WRNS, better known as Wrens) played as anti-submarine warfare operations analysts and wargamers in the Western Approaches Tactical Unit during Battle of the Atlantic. I’ve excerpted some sections below, but you really should read the whole thing.

Sir Charles summoned Captain Gilbert Roberts, an experienced officer who has been invalidated out of the service due to tuberculosis, to the Admiralty to discuss options for resolving Churchill’s concerns with Admiral Sir Cecil Usborne, the First Sea Lord’s adviser on Anti Submarine Warfare (ASW).

Usborne believed that there was a chronic lack of escorts but that the tactics they used were probably sub-optimal. Roberts was to form a new operational analysis team, to be called the Western Approaches Tactical Unit (WATU) to explore and evaluate new tactics and then to pass them on to escort captains in a dedicated ASW course.

The WATU facility was primitive, with tactical tables, a tactical floor divided into squares, basic ship models and a lecture theatre, but Roberts quickly got to work. A basic set of wargame rules was developed with processes to represent real-time decision cycles, tactical doctrine, and communications issues. Then the room was re-designed so that players representing escort commanders could only see the gameplay through a restrictive screen to represent the limited information that they would have in a real battle. The U-Boat track was invisible to players and shown as a brown chalk line so the umpires could follow its progress.

Roberts was assigned a small staff, Chief Petty Officer Raynor was the first then the Wrens appeared. Four Wren officers, Elizabeth Drake, Jane Howes, Jean Laidlaw and Nan Wailes, described as ‘real gems’ by Roberts, all brimming with enthusiasm and delighted to be doing serious work. In addition, four Wren ratings appeared, two were only seventeen. 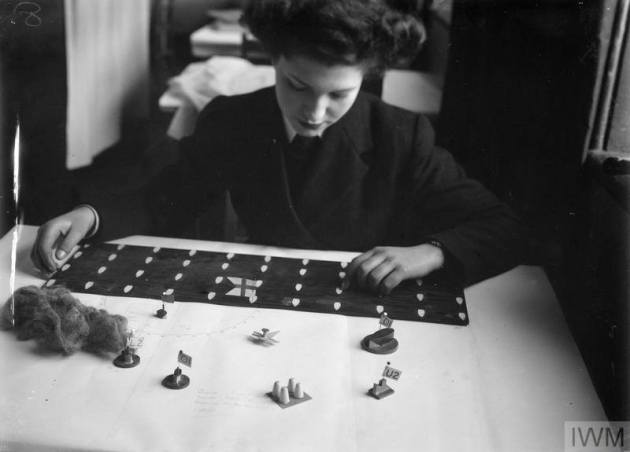 A sceptical Sir Percy Noble arrived with his staff the next day and watched as the team worked through a series of attacks on convoy HG.76. As Roberts described the logic behind their assumptions about the tactics being used by the U-Boats and demonstrated the counter move, one that Wren Officer Laidlaw had mischievously named Raspberry, Sir Percy changed his view of the unit. From now on the WATU would be regular visitors to the Operations Room and all escort officers were expected to attend the course.

Interestingly, out of the 5,000 officers who attended the school, none had the slightest problem with being instructed by young Wrens – particularly as they proved extremely skilled at guiding their students through the more complex manoeuvres without hurting their feelings (there is an amusing but highly technical example in Mark William’s excellent biography Captain Gilbert Roberts RN and the Anti-U-Boat School).

Each of the courses looked at ASW and surface attacks on a convoy and the students were encouraged to take part in the wargames that evaluated potential new tactics. Raspbery was soon followed by Strawberry, Goosebery and Pineapple and as the RN went over to the offensive, the tactical priority shifted to hunting and killing U Boats. Roberts continued as Director of WATU but was also appointed as Assistant Chief of Staff Intelligence at Western Approaches Command. 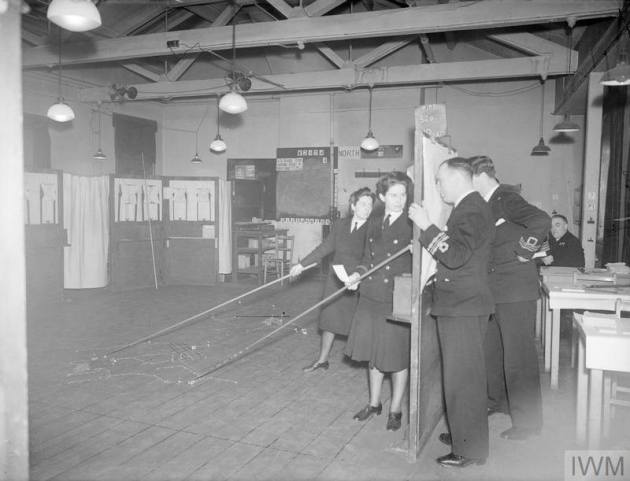 When Roberts accepted his award as Commander of the British Empire at the end of 1943, he took a Wren Officer and Rating with him to Buckingham Palace, intentionally sharing the honour with the team of remarkable young women that helped the Western Approaches Tactical Unit win the Battle of the Atlantic.

UPDATE: A longer version of Paul Strong’s research is can now be found here.