In the United States at least, July 23 is allegedly National Vanilla Ice Cream Day. In commemoration of the important sacrifices made by vanilla beans everywhere, PAXsims is pleased to present some recent items on conflict simulations and serious (and not-so-serious) games that may be of interest to our readers. Jerry Elsmore contributed to this latest edition.

The first AFTERSHOCK expansion set will be available soon!

For some time Tom Fisher and I have been working on an expansion set for AFTERSHOCK: A Humanitarian Crisis Game that will allow players to delve more deeply into the role and impact of gender in humanitarian assistance and disaster relief. Now everything is done, the graphics files have been uploaded, and we’re just waiting for the final printings samples back from The Game Crafter before we make it available.

We hope that this will be the first of several AFTERSHOCK expansions sets. These will been designed so that they can be mixed so as to customize play for particular instructional needs and themes. Our next expansion is likely to focus on humanitarian operations in fragile and conflict-affected societies.

A list of forthcoming AFTERSHOCK demonstration games can be found here.

On a similar topic, a new video game developed for the US Army helps to prepare military personnel for humanitarian assistance and disaster relief operations. According to National Defense:

A new Army video game is taking soldiers into the heart of foreign disaster zones and delivering real-world training from their laptop or tablet.

A joint task force — including U.S. Army South, the Army Research Laboratory, the office of foreign disaster assistance and the Army games for training program — has put Disaster Sim into the hands of soldiers after two years of research and development.

Disaster Sim was created by the Army Research Laboratory and programmers from the Institute for Creative Technologies at the University of Southern California as a cost-effective training tool for company grade officers and mid to junior non-commissioned officers engaged in foreign disaster relief, said Maj. Timothy Migliore, chief of the Army’s games for training program.

“The more ways you can involve actually doing the task or the job at hand, the faster you learn,” he said.

Hour-long vignettes based on real-world events familiarize users with operational environments they could encounter on the ground, and teach them how to work with the office of foreign disaster assistance, non-governmental agencies and the host country. The initial scenario challenges a soldier to respond to needs in Guatemala after an earthquake….

The US Army offers additional details:

Disaster Sim’s initial scenario challenges a Soldier to respond to the needs of Guatemalans during an earthquake, said Lt. Col. Greg Pavlichko. Until taking a new assignment, he was the chief of the Games for Training program, which is part of the National Simulation Center and CAC-T.

“In the game, the Soldier has many more requests for help than resources,” said Pavlichko. “That forces the Soldier to prioritize resources to meet the most critical needs. If the Soldier doesn’t correctly address the most serious problems, there are adverse second-and-third order effects.”

The CIMSEC blog features an interview with Philip Sabin (King’s College London) on wargaming—including its application, his teaching, design, how he got started, and his favourite games. You’ll find it here.

The Military Operations Research Society will be holding its Wargaming II special meeting on 18-20 October 2016 at the Institute for Defense Analysis in Alexandria, VA.

This workshop will provide a forum for presentations, demonstrations and discussions on wargaming within the National Security Community. The workshop will address two important issues:

1. How wargaming fits into the larger analytic process.
2. How to generate wargaming capacity and improve quality.

MORS will also be offering a short certificate course in wargaming:

MORS will be offering a Wargaming Certificate Program (MCP) starting this October. The first course will be offered 17 October 2016 titled Wargame Theory. The goal of this course is for participants to understand the theoretical basis for the method of wargaming. This 7 course certificate program is designed to provide next level professional development not covered by academia or commercial sources

The 2017 American Political Science Association Teaching and Learning Conference will be held on 10-12 February 2017 in Long Beach, California. The call for papers is now open, and extends until September 15.

PAXsims reader (and hobby gamer) Jerry Elsmore recently playtested CRISIS, a “dieselpunk and worker placement for serious gamers.” He liked what he saw, and passed on this mini-reveiew:

Stripping out the hyperbole from the Kickstarter strap-line leaves “an economic game set in a nation on the brink of ruin.” CRISIS is a worker placement, resource management game with a degree of engine building and a significant semi cooperative twist.
It was demoed at ManorCon by Paul Grogan of Gaming Rules!

I’m the world’s worst completer finisher so being given a blank page and asked to write a review is my worst nightmare. Luckily there are plenty of reviews available: just start at their Kickstarter page. Suffice it to say I didn’t need any persuasion to play a second game and I’ve put my money where my mouth is and pledged myself an early Christmas present.

The latest edition of Battles magazine came out recently, and—in addition to its usual hobby game contents—also includes much of interest on the serious application of wargames. This includes articles by Karl Mueller (on RAND’s Baltic wargames), Sebastien de Peyret (on wargaming in the French army), and Philip Sabin.

We can’t possible end this edition of simulations miscellany without at least some mention of Pokéman Go—the innovative and hugely successful augmented reality game that has everyone trying to  find cute loveable creatures. Specifically, we bring you this piece by BBC News on the dangers in playing the game in a minefield:

Bosnians playing the hit mobile game Pokemon Go are being warned to avoid straying into areas still sown with landmines from the war in the 1990s.

Players use their smartphones to hunt for cartoon monsters in the real world.

At least 600 people have been killed in landmine accidents in Bosnia since the end of the war in 1995….

Frost: Wargames are for players 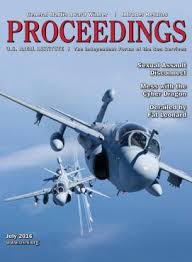 The July 2016 issue of the US Naval Institute’s Proceedings contains a piece by Adam Frost entitled “Wargames are for Players,” in which he reminds everyone that professional wargame design needs to be driven by purpose and its usefulness to clients. It’s a short—but very timely—piece.

Wargames Are for Players

The Department of Defense is breathing new life into wargaming. Since Deputy Secretary of Defense (DepSecDef) Bob Work signed his February 2016 memo challenging the department to rejuvenate a venerable tool of military professionals, there have been more general officers and assistant secretaries discussing wargaming than at any other time in recent memory. Legions of staff members are following suit.

For those of us in the gaming community, there is a sense of vindication. For entire careers, wargamers have tinkered away in relative anonymity, tolerated as harmless but generally dismissed by “real” DOD analysts. Now we have a champion and have been called upon by the DepSecDef himself to help dispel the darkness of a reduced topline.

Or so we tell ourselves.

Since February, all manner of experts have found receptive audiences eager to discuss the power and limitations of wargames. But as the initial wave of enthusiasm ebbs, it reveals the true quandary.

Wargamers will not be the heroes of this story. They are not the innovators who will develop the Third Offset Strategy, avoid operational or technical surprise, and help make the best of the department’s shrinking resources. Actionable insights–the ideas that spur innovation, address emerging challenges, exploit new technologies, and shape the security environment–are the purview of the sponsors of and participants in wargames, not of the game staffs. Certainly, gamers distill the question into a “gameable” model, craft an environment that prompts insight, and are invaluable in interpreting findings. But wargames will only meet the DepSecDef’s intent if someone does something with those findings. The arbiters of that decision–those who do–are the ones who will change the future. Not us.

Why? Wargames exist to provide insights into questions. Wargamers, however, generally do not own those questions. Within the broader DOD, the majority of offices, contractors, universities, and research labs that actually wargame are service providers that design, execute, and report on wargames on behalf of someone else. In my office, we call them sponsors.

In our excitement to discuss how to game, gamers have allowed a chasm to open between how we game and why we game–and we game for the benefit of our sponsors and our players.

Beginning to fill that chasm are words like “standards” and “validation”–the seeds of our demise–and gamers seeking to preserve this moment are taking the bait. First codify what makes a “good game,” they say, and with standards in hand we can resist critique.

That is a losing proposition focused on the wrong audience.

All wargames are wrong to some degree; some are useful. Wargamers certainly have a professional responsibility to improve the craft. But all wargames require a simplification of reality just to play, and each simplification is tailored to the question at hand. So if all wargames are “wrong” to some extent, there is an insidious danger in the notion that if we just make games “more right,” we can assuage the critics and produce innovation. Yet the chasm will remain: What is the question? How does the game explore it? Who is playing?

Proscribing any methodology absent the context of the research question is a cardinal error in study development. Deciding how we game before discovering why we game presumes that the game staffs know the problem better than the sponsor asking the question. Moreover, method-before-quest ion perversely excludes from study any question outside the scope of the method–akin to wargamers polishing the old Harpoon rules while looking askance at a question about deterrence. Such cart-before-horse judgments only tempt gamers into self-absorbed arguments over who is the “real wargamer”–a debate of little use to those who will grade our value.

While the DepSecDef is right that games can help build a culture that embraces experimentation and tolerates dissent, gamers must remember that the experimenters and the dissenters are not the game staffs; they are the students, planners, policy directors, and program managers who provide for our defense. They are the generals and assistant secretaries responsible for making decisions in the face of uncertainty and risk. They will determine whether the findings were useful and whether the reinvigoration of wargaming helped the department in these troubled times.

We must redirect the focus from whether a game is “right” to whether a game use “useful” to our sponsors and players. Because as to the question of whether we are re invigorating wargaming itself, it is our players and sponsors who are ultimately judging us.

Adam Frost is a wargame analyst and Acting Deputy Division Chief for the Joint Staff J-8 Studies, Analysis and Gaming Division, an office that has had the privilege to execute wargames for all ranks of sponsors and players from the Department of Defense, National Security Council, foreign allies, and interagency partners since 1947.