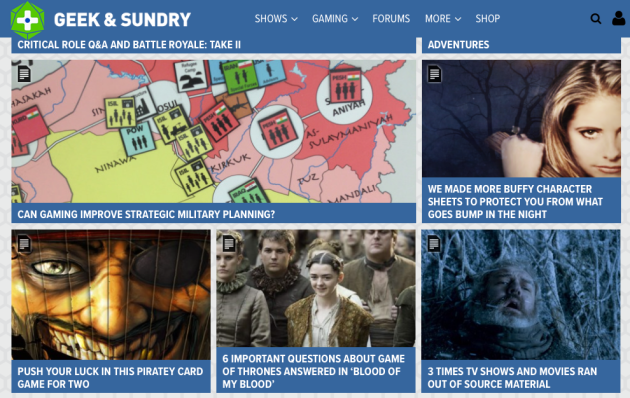 First it was VICE News, then France Info, and now Geek & Sundry has published a piece discussing work by PAXsims and Defence Research and Development Canada on the ISIS Crisis game and the serious application of matrix gaming techniques.

In late 2014, DRDC tried out a game meant to help demonstrate various aspects of certain strategies called ISIS Crisis in order to see how these types of games influence the knowledge of the players of various factors that go into a single scenario. To simplify it, ISIS Crisis can be used to demonstrate and increase understanding of the complexity of many world conflicts, which have numerous factors that need to be addressed rather than a single solution. DRDC then released a report on their findings.

Built by McGill University, ISIS Crisis was designed using aspects of the current (end of 2014) conditions in the Middle East crisis involving ISIS. As Professor Rex Brynen, who helped develop ISIS Crisis,notes on his blog, the game wasn’t meant to strategize an actual attack on ISIS, it “just happened to be the scenario/game that was used to explore the methodology.”

It should be noted that Tom Mouat designed the materials used in the games, and Tom Fisher produced our local copy of the game. Chris Engle is the originator of matrix gaming.