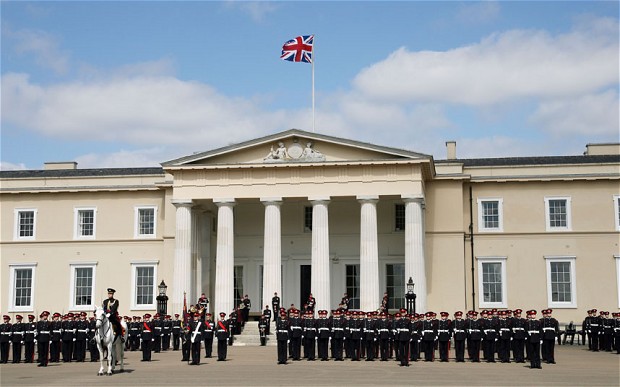 The Royal Military Academy Sandhurst has recently reintroduced manual wargaming into the curriculum—part of a slow renaissance of manual wargaming methods at a few professional military education institutions in the UK, US, and elsewhere.

Tom Mouat has placed the files for the Sandhurst Kriegsspiel online, where they can be viewed and downloaded. The game–conducted in conjunction with a prior TEWT (“tactical exercise without troops”) field visit to the scenario locations—is a relatively simple one, designed to encourage students to think in critical and thoughtful ways about fire, maneuver, terrain, enemy capabilities, commanders intent, and course of action analysis.

The idea is to encourage original thought and a manoeuvrist approach. Students should propose ideas and different approaches to the problem and come to a consensus as to the viability of their ideas. The time for experimentation is in a wargame where they can fail and learn in a safe environment. If you dismiss some wild idea too early, it can have a lasting negative effect on original thought, whereas students coming to their own conclusions whether a novel idea is practical or not, will have lasting benefit.

When considering student actions there are a few guidelines that may be useful: 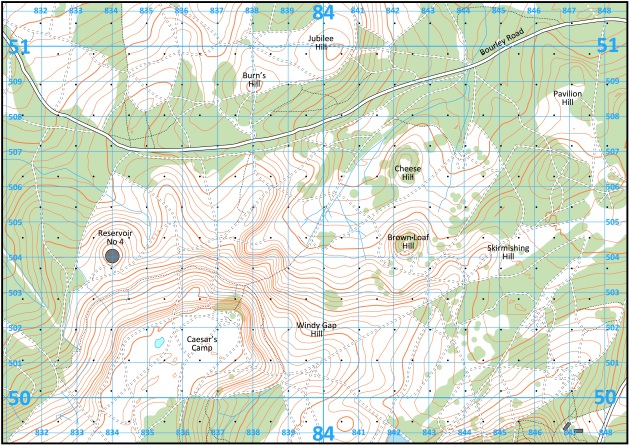 Tom also provides some useful suggestions on how the game should be used to stimulate discussion and learning:

Students should be encouraged to work out any questions they have as to “the rules of the game” among themselves. A Kriegsspiel is simple military common sense and students should feel confident that they could be able to run them themselves unsupervised. If they don’t know things like weapon ranges, they should look them up in their TAM. If they are unfamiliar with enemy weapon systems, they should be encouraged to research them on- line using Wikipedia and other sources (and discuss the reliability and accuracy of such sources).

In some cases students will want to try something that has a significant chance of failure, such as trying to “shoot down a UAV”. A discussion of these types of actions is often very useful. How likely is it that they will succeed? What evidence do they have for that assumption? What is the likely penalty for failure? Attempting to shoot down a competently handled UAV is extremely unlikely and attempting it is likely to give away your position. Alternatively, if you are certain the UAV has spotted you, what have you got to lose?

As a DS [Directing Staff] you should decide the outcome that best meets the training objectives of the session, but in some cases it will not materially affect the overall result. In which case you should suggest that the students “flip a coin” or even “roll a dice” to obtain a result based on their assessment of the likely chance of success – but before you do, ask them if they are comfortable in doing so. If they are happy, they are gambling with their men’s lives – if they are not, they don’t understand the nature of risk. They should be looking at the risk of failure and doing everything in their power to mitigate it – only then should they take the chance.

It is useful for students to gain an understanding of risk at an early stage. Nothing is ever certain in war and if their plan is unable to cope with any setbacks, it is not a robust plan.

Following the Kriegsspiel it is always worth asking the Blue Force students how closely their plan in the Kreigsspiel followed the plan they had decided was the best course of action following the TEWT. In almost all cases it is completely different.

When challenged on this, students will normally point to the enemy players and explain it is because they “know our plan”. You should point out that all the students playing the enemy have done is consider the tactical situation from the opposing point of view – so that if the students modified their plan because of this, they had made the assumption that the enemy were incapable of doing so. They are assuming the enemy is stupid.

This latter point in particular underscores a key value of adversarial wargaming: the existence of an adaptive enemy trying to out-think and kill you. The game will debut at Sandhurst in February 2016.

UPDATE: The Sandhurst Kriegspiel has generated quite an interesting discussion at BoardGameGaeek on the use of manual wargames in military training and education. You’ll find it here.