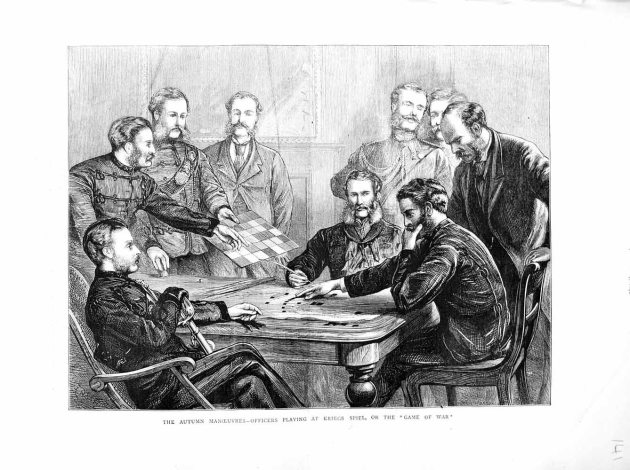 Some recent conflict simulation and serious gaming items that may be of interest to PAXsims readers: 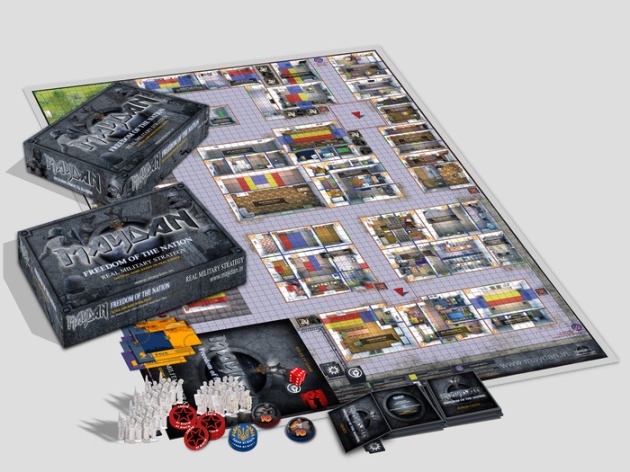 Maydan is a tactical board game project based on the 2013-14 Euromaidan protests in the Ukraine that is currently seeking to raise development and production funds on Kickstarter. In the four player game each player assumes the role of a group of activists seeking to overthrow the “Tyrant” and their “Berkut” (Ukrainian special police) fighters. Players must cooperate to seize buildings in Kiev, and ultimately take control of the Verkhovna Rada (Supreme Council of the Ukraine). If government forces overrun their camp, or if the level of government alarm because so great as to provoke a military clampdown.

You’ll find more on the game at War is Boring. 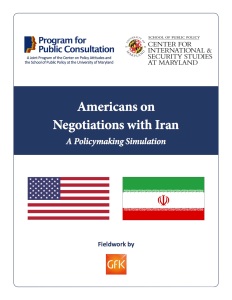 In an article at Foreign Policy magazine, Nancy Gallagher examines the willingness of the Iranian and US publics to accept a compromise deal on Iran’s nuclear capacity. In the case of Iran, this flexibility was explored through a public opinion survey. In the case of the American public, the article draws upon the results of a decision-making simulation:

In July, the Center for International and Security Studies and the Program for Public Consultation ran a decision-making simulation in which 748 randomly selected Americans were given a carefully vetted background briefing about the negotiations with Iran. They were then handed arguments drawn from congressional debates presenting them with two options: Respondents could decide to continue seeking a deal that places partial limits on Iran’s nuclear program and increases transparency in return for some sanctions relief, or they could decide to end negotiations and impose more sanctions in a renewed effort to stop Iranian enrichment altogether.

Large majorities of participants found all arguments for and against both options to be at least somewhat persuasive. But when asked which option they would recommend, 61 percent (including 62 percent of the Republicans) chose the compromise deal, while only 35 percent wanted to end negotiations and impose new sanctions by pressuring other countries to cut their economic relations with Iran, in hope of finally persuading Tehran to completely stop all uranium enrichment.

You will find a fuller report by on “Steven Kull, Nancy Gallagher, Clay Ramsay, and Evan Lewis on “Americans on Negotiations with Iran: A Policymaking Simulation” at the Center for International and Security Studies at the University of Maryland website. The simulation was not interactive,  nor did it involve group interaction—rather, participants were separately given briefing materials, and then asked to indicate their policy preferences.

At IGN, Richard Wordsworth reflects on “the changing face of [digital] war games.” He examines the way in which traditional first person shooters are now being complimented by games that give a grittier portrayal of the brutality of war, focusing on Spec Ops: The Line and This War of Mine (previously reviewed at PAXsims):

This War of Mine and Spec Ops are perhaps as much products of their times as Modern Warfare was back in 2007. In the seven years since CoD 4 changed the direction of shooters on PS3 and Xbox 360, we’re more critical of war and more aware of its costs. From a multiplayer standpoint, the big franchises are still unassailable. But when it comes to the stories shooters tell, the worldviews they ask us to adopt and the linear, unquestioning paths they ask us to tread, the lone Western soldier defending the motherland against nebulous foreign baddies is, happily, looking more and more last-gen.

The New York Times had an article by Chris Suellentrop on November 23 that discussed advances and developments in interactive digital story-telling, focusing in particular on the recent release of Dragon Age: Inquisition.

Back in June, the blog of the Italian Political Science Association featured a short article on “learning through simulation games” by  Marco Brunazzo and Pierpaolo Settembri. You’ll find it here.

Today is the last day for discounted registration for the American Political Science Association’s annual Teaching & Learning Conference, to be held in Washington, DC on 16-18 December 2015.