As I’ve noted in a couple of reviews (here and here), the game/rules engine in Persian Incursion provides a powerful combat model of an Israeli strike against Iran’s nuclear or oil facilities. As a manual, “cardboard” wargame it is also very easy to tweak. With that in mind, I’ll be running a version of the game this Friday at McGill University with some political science graduate students, plus an Iran analyst colleague. Although game-playing is part of the reason for doing so, I also want to use the session to explore some of the issues involved in any possible Iranian military action, and then collect some feedback on how useful participants found the process.

The game will be set in the here and now of 2013. This means that the initial opinion settings will mirror the current diplomatic environment, and the upgrades available to the players will be restricted to those that Israel and Iran might plausibly have obtained by March 2013.

Moreover, as detailed below, the Syrian civil war raises the possibility of an Israeli strike overflying Syrian airspace, rather than having to use the northern (Turkish), central (Jordanian), or southern (Saudi) route. The Syrian route would be risky, exploiting the relative weakness in Syrian SAM defences between Damascus and Homs as well as the severe degradation of Syria’s air force and integrated air defence system caused by two years of civil war. On the other hand, it would not depend on the political acquiescence of the country being overflown, an aspect which otherwise constrains potential Israeli use of other possible routes. 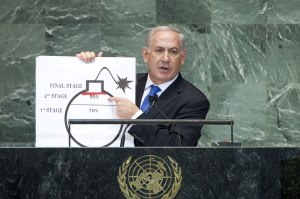 The following initial political opinion settings are used at the start of the game: 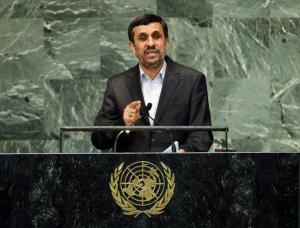 The “ally actions” listed in the rules (p. 11) include some rather unlikely possibilities. Consequently, they are replaced with the following:

In the latter case, being an Iranian “ally” doesn’t, of course, mean that the US is actually allied with (or even friendly with) Iran—rather, it just signifies that the US is deeply opposed to Israeli actions.

Most of the “arms sales” rules are not used because, even if China or Russia were to sell Iran additional military hardware, they could not be fielded effectively in the timeframe covered by the game.

These are set as follows to reflect current real-world conditions, but with some potential for “unknown unknowns”:

In the Persian Incursion rules, Jordan is assumed to be unwilling to intercept any IAF strike transiting its airspace. Instead, the US attitude is what counts—especially given (then) US control of Iraqi airspace.

By 2013, things have changed. The US no longer controls Iraqi airspace, and Iraq itself lacks the capability to effectively control or even monitor it. On the other hand, the “Arab Spring” has rendered the Hashemite monarchy in Jordan more sensitive to public criticism. Repeated Israeli overflights of Jordan could create serious domestic political problems for the regime. Israeli destabilization of Jordan, in turn, wouldn’t go over very well in Washington.

Indeed, under some extreme circumstances one can even imagine some limited Jordanian military response to Israeli actions. (If this seems farfetched, consider how Jordan entered the 1967 Arab-Israeli war—a war it knew it would lose—when it became clear that failure to do so would severely undermine the monarchy’s political position.)

Consequently, the following modified rule will be used:

Israel may overfly Jordan at any time if political opinion there is 0 (neutral) or better. However, whenever it does, Iran rolls 3 dice on the Jordanian opinion track, and one on the US track.

Use the following procedure should the IAF choose to use the Syrian route, reflecting the need to deal with whatever functioning Syrian air defences are encountered en route.

The Syria route counts the same as the Central route for the purposes of tanker support and targets that can be struck.

Use of the Syrian route by the IAF would likely give Iran around 60-90 minutes of advance warning of the inbound strike packages. Subtract 5% from the effectiveness of IAF SAM suppression missions in Iran, and add 1 to the GCI Fighter Table when determining Iranian fighter interceptions.

Each time the Syrian route is used the Iranian player may roll 1 die against either the Russian, Chinese, or UN/rest of world opinion tracks.

One small (but non-zero) risk of using the Syrian route is that Damascus might launch its own retaliation against Israel, and that the situation could then escalate out of control.

If at any time the Israeli players rolls a natural 12 while conducting a SAM suppression, SAM strike, fighter suppression, or air-to-air engagement, Syria responds. Roll a d6:

While Persian Incursion includes rules for Iranian-backed terrorism against Israel, this seems to represent small-scale bombings, infiltrations, international terrorism, or perhaps Palestinian Islamic Jihad being encouraged to fire a few rockets from Gaza. It certainly doesn’t address Hizbullah’s potential involvement in the conflict, with its arsenal of an estimated 30,000 rockets.

I don’t think it is inevitable, or even particularly likely, that Hizbullah would become overtly involved  is Israeli-Iranian hostilities through large-scale attacks from Lebanon—doing so would be deeply unpopular in Lebanon, even among its Shiite constituency, and also leave the organization open to a major Israeli riposte. The slow collapse of the Asad regime in Syria has likely rendered Hizbullah even more risk-averse. However, if the Iranian regime were feeling especially vulnerable it could pressure Hizbullah to act, especially in the context of an extended Israeli military campaign.

Modelling this in the game is tricky, because a major Israeli-Hizbullah war would, in many ways, be an even bigger military operation than an Israeli attack on Iran.

If the Iranian political opinion track is at 7 or higher, or Israel has attacked this turn for a third or subsequent time during the game, Tehran may spend 2 PP and press Hizbullah to attack Israel in a substantial and direct way. The base chance of success of convincing Hizbullah is 50%, plus  10% for each additional 1 PP spent.

Once Hizbullah has entered the war, a “Lebanon War Phase” is added after the Strategic Events Phase in each morning turn for the duration of the game. Israel must commit at least 1 MP and 1 aircraft squadron to the war effort. It may allocate additional MP/IP and additional aircraft squadrons. After it has done so, roll 2D6.

Because of the Syrian civil war Iran has little capability to assist or resupply Hizbullah during the fighting.

Consult the following table to ascertain the effects of the war that day:

Israeli aircraft allocated to Lebanon are assumed to be engaging in airstrikes during the morning and afternoon phases, and test for breakdowns at the end of the latter.

In general, we’ll be using the full rule set. However, use of  simplified target profiles makes mission planning much quicker, and also allows more effective use of the quick strike chart that the game designers have made available. Resolving aircraft breakdowns/repairs will speeded by using the additional charts for this developed for this.

Rather than treating SAM suppression missions from planned airstrikes at SAM sites as different things, any suppression mission that exceeds its necessary roll by 30% or more is assumed to have permanently destroyed the battery (in the case of older SAMs relying on a single radar system) or half the battery (with more modern SAMs with multiple radars). Players may still attack airfields.