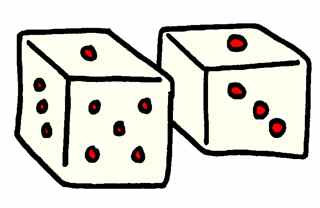 PAXsims is pleased to present its occasional summary of recent (and sometimes not-so-recent) simulation-related news from around the world:

Don’t have rubber dice in your pocket when you address a military audience? Perhaps you should! Graham Longley-Brown explains why.

The CBC’s Brian Stewart sees something significant in the growing number of Iran wargames and crisis simulations conducted by US think-tanks:

In the headlines, the possibility of war over Iran’s nuclear program flares up and then fades, hot one week, cool the next. But behind the scenes the war-gaming by global crisis experts has taken on new urgency.

These strategy-and-tactics simulations, which can be found over much of the think-tank universe these days, are much about war, but certainly no game.

Their objective, using all available data and intelligence, is to analyze in advance what’s likely to happen should Iran cross Israel’s so-called red line, the point where it is felt to be only a few months away from being able to build a nuclear weapon.

This means often exhausting debates over questions such as: What happens if Israel attacks Iran on its own? Or acts with U.S. air support?

What would be Iran’s reaction in either case, and would such an attack end the Iranian program, or merely steel its resolve and delay it a few years?

Then there are the questions like: How badly would the world’s economy be shaken? And what are the broader strategic implications for global politics?

You may think these are just navel-gazing exercises. But I always view these flurries of Washington war-gaming seriously because every modern U.S. war has been preceded by just such a mobilization by think tanks and foreign policy magazines setting out the prognoses of former diplomats, conflict resolution advisers and retired military commanders on any looming conflict….

Pointing to the dangers highlighted by many of these wargames, Stewart concludes by warning “we may just never game war enough, before we make it”.

In the meantime, those interested in conducting their own US-Iran simulation in the classroom can find some helpful ideas in an article by Charity Butler on “Teaching Foreign Policy Decision-Making Processes Using Role-Playing Simulations: The Case of US–Iranian Relations” in the May 2012 issue of International Studies Perspectives:

Most undergraduate courses on foreign policy discuss important models and explanations of foreign policy decision making, such as the rational actor, organizational process and governmental politics models, and groupthink. It is often difficult for students to fully understand how to apply and use these concepts to analyze foreign policy decision-making processes. One way to encourage such analytical thinking is to have students utilize various models to explain a specific event. While this is a useful task, students often gain a greater level of comprehension when they are evaluating a decision-making process in which they have personally taken part in. As such, role-playing simulation can be a very effective tool in helping students learn to understand and, more importantly, apply these various decision-making models and explanations. This paper presents an example of how simulations can help teach these concepts by presenting specific information regarding a simulation of US–Iranian relations.

Another article from the forthcoming special peacebuilding issue of Simulation & Gaming is now available ahead-of-print from the SAGE website (subscription required). This time it is by Roger Mason and Eric Patterson, on “Wargaming Peace Operations.”

Today’s military personnel fight against and work with a diverse variety of nonstate actors, from al-Qaeda terrorists to major nongovernmental organizations who provide vital humanitarian assistance. Furthermore, the nontraditional battle spaces where America and its allies have recently deployed (Kosovo, Afghanistan, Iraq) include a wide range of activities quite different from classic military campaign. How can the United States and its allies train its military personnel to think through the intersection of issues regarding working alongside and against nonstate actors, particularly in culturally sensitive environments? This article describes one such approach, the development of a war game for peace, designed for U.S. military officers and now utilized in the classrooms of several military colleges. More specifically, the article describes how reconstruction and stabilization operation decisions are modeled and worked through in the highly religious environment of contemporary Afghanistan through the use of an innovative board game, suggesting that this model can be applied to many other scenarios and classroom environments.

The Afghan provincial reconstruction game described in the article was previously reviewed at PAXsims here. Given the way things seem to be headed in Afghanistan, the designers may have to develop a Taliban-themed game a few years from now… 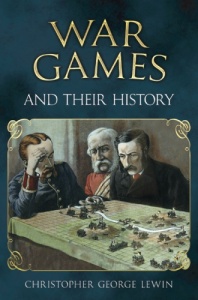 This book is, in a word, a delight. In it, Christopher Lewin reviews the development of wargaming as an activity of both soldiers preparing for battle and civilians playing at war. Lavishly illustrated, its 318 colour photographs depict military training games and public boardgames from ancient and medieval times up until the present (well sort of, as discussed below). The author’s style is highly readable in a sometimes quirky, but always engaging, manner.

The book is not, it should be emphasized, an academic treatise on the topic. It has footnotes for some sources, but not others. The author does not present a social history of military-themed gaming, nor does he much comment on the many ways in which games have reflected changing technology, economic modes of production, or the nature of warfare itself. It is not an encyclopedia of wargaming either. Grognards will be quick to note that the last four decades of boardgaming are given very sparse coverage, while miniature gaming is scarcely addressed at all. The last two decades of computer wargames also get little attention, with the few examples given, one suspects, drawn from a few titles that the author himself likes to play. Examples of modern professional wargaming are cited, but here the treatment reads as if it were put together from a few accounts found online rather than serious research. Readers wanting a more detailed and structured discussion of these areas are well advised to read Thomas Allen’s Wargames (1987), Peter Perla’s The Art of Wargaming (1990), James Dunnigan’s The Wargames Handbook (2000), Philip Sabin’s Simulating War (2012), or the many works preserved by John Curry’s impressive History of Wargaming project.

However, these shortcomings are rather beside the point if this volume is recognized for what it does offer.  War Games and their History shines is in its rich and loving description of scores of now-forgotten games played in the period from the mid-19th to mid-20th century. In most cases, photographs of the game in question are coupled with enough descriptive detail to get a solid sense of how, and by whom, it was played. There are the games glorifying the era of colonial expansion, whether it be Uncle Sam at War with Spain (1898), Siege of Havana (1898), or The Conquest of Sudan (1899). Invasion (1889) explored the threat to England by European armies via a Channel Tunnel a century before the first Eurostar pulled into St. Pancras station. Der U-Bootkrieg (1914) gave young players an early image of unrestricted submarine warfare, while the Royal Aerial War Game (1914) could be purchased at the local Boots the Chemist, and presciently envisaged aircraft and airships as strategic bombers capable of striking enemy cities. Readers of PAXsims—where we tend to focus on conflict gaming in the broadest sense—may also be interested in such gems as a World War I-era boardgame devoted to battlefield medical care (Unterm Roten Kreuz), a light-hearted 1939 card game about internally displaced persons (Vacuation, about British wartime child evacuees), or the incorporation of political-military dimensions and asymmetrical victory conditions into a 1940 naval commerce raiding game (Tactics). As these few examples suggest, even if Lewin doesn’t offer much broader or contextual analysis himself, the book certainly would serve as a very useful resource for those interested in the depiction of war in popular culture, the evolution of game mechanics, or the evolution of the boardgame industry during this period.

Amazon currently has the volume for sale for only $29, considerably less than its cover price. Given the book’s many colour illustrations (and hard covers), this seems a pretty good deal for a very enjoyable read.