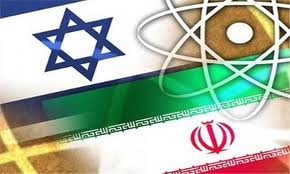 The Times (London) reported yesterday on yet another political-military simulation of the Iranian nuclear program, this time conducted by the Institute for National Security Studies at Tel Aviv University:

The Israeli specialists assumed that the following would occur:

THE US would try to restrain Israel from military retaliation and propose a formal defence pact, including possibly inviting the Jewish state to join Nato;

RUSSIA would propose a defence pact with the United States in an effort to stop nuclear proliferation in the Middle East;

SAUDI ARABIA, not content with US nuclear guarantees, would develop its own nuclear arms programme;

EGYPT would push for military action against Iran while Turkey would be likely to avoid a showdown with Tehran. If Israel were to become a member of Nato, Turkey would withdraw from the organisation.

All the predictions are based on current international policies.

The specialists – including a former head of Israel’s National Security Council, two former members of the Prime Minister’s Office, a former ambassador and others with close ties to Israeli military intelligence – believe that a nuclear test in January 2013 would be presaged by a series of provacative demands from Tehran.

They include an Iranian call for its border with Iraq to be redrawn; calls for sovereignty over Bahrain and low-level actions against the vessels of the US Fifth Fleet in the Gulf.

The specialists made clear that although Israel would come under pressure to abandon any military plans against Iran, it would keep this option on the table.

“The Israeli military option is likely to be a significant lever, if not toward Iran, then toward some of the main players,” said the minutes of the war game seen by The Times. “The simulation showed that this option, or the threat of using it, would also be relevant following an Iranian nuclear test,” it added.

“The simulation showed that Iran will not forgo nuclear weapons, but will attempt to use them to reach an agreement with the major powers that will improve its position.”

In their report, the Israeli authors, INSS fellows Yoel Guzansky and Yonatan Lerner, wrote: “Iran is closer than ever to the juncture at which its leaders will need to decide whether to stay in a relatively comfortable position on the verge of nuclear capability or, alternatively, to break through to the bomb. Iran has an interest in postponing the decision whether to cross the threshold to a later stage. Nevertheless, a series of regional and international developments is likely to cause Iran to decide to accelerate its nuclear development and to break through toward nuclear weapons.”

The original Times article is behind a paywall, but you can find a version here at The Australian, as well as a widely-cited AFP report (which seems to be based entirely on the original piece in The Times). The INSS website also released a summary (here), which mirrors the piece in The Times (and may have even have been the original source for it, or vice-versa).

For more on gaming an Iranian crisis, see the updated “Israel versus Iran wargame compendium” at Wargaming Connection.