The Bishop’s School: peaceconferencing with Uganda

Many thanks to Kristen Druker for sending on to PAXsims this latest update on her work with student peaceconferencing. A hat-tip too for Skip Cole for letting us know about the Uganda project.

Students at The Bishop’s School in La Jolla, CA broke new ground in this spring’s Peaceconferencing gaming simulations supported by the United States Institute of Peace Open Simulation Platform. The Northern Uganda Peace Building Team made up of high school freshmen intent on problem solving solutions to post-conflict conditions inside Northern Uganda had the benefit of connecting with a Ugandan student “live” from a digital library hub created by the non-profit group, U-Touch.org.

Working on Peaceconferencing Phase 8 – Brainstorming Solutions, The Bishop’s School students were able to get feedback on their ideas dealing with the Lord’s Resistance Army (LRA), clean drinking water, irrigation, medical needs, and supplies from a student who had spend 15 years of his life in a relocation camp. As a result of their online interface, a priority list was generated by The Bishop’s School students that reflected the most urgent needs concerned with current peacebuilding. “Free from media filters and biases, it was the next best thing to being there,” said The Bishop’s School students. This summer students in Northern Uganda will play Peaceconferencing and use the Open Simulation Platform as a tool to better understand and strategize about their own needs. Possibilities to generate a global social network (student to student) within the Peaceconferencing simulation experience promises to bring the human element into cross cultural problem solving. 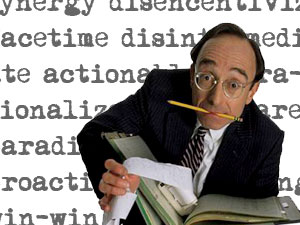 Your intrepid PAXsims editors have just finished attending the NATO “Countering Hybrid Threats” conference/experiment in Tallinn. It was an excellent meeting, with impressive people (well, other than us), good discussion, and stunningly efficient conference organization—all held in a fascinating , beautiful, and very welcoming city. We both took pages and pages of notes, and will post something in the next few days on both the subject matter and the scenario-driven experiment format that was adopted for the event.

In the meantime, as we participated in a full week of discussions we couldn’t help but be reminded of the extraordinary amount of time that military, diplomatic, aid, NGO, academic, and other professionals can spend on developing, debating, modifying, and remodifying their professional language. That observation, of course, inevitably led to a quick game design… Jargon Wars.

While the version presented below is intended for NATO ACT CHT meetings, the template can easily be modified for World Bank consultative groups, academic conferences, diplomatic parleys, NGO retreats, and similar exercises. Why, you might even say it is a whole dynamic repurposeable interactive gaming system!

Jargon Wars is a two player game in which you attempt to score points by building and using jargon, while at the same time defending yourself from the jargon of your opponent with counter-jargon. Playing the game requires a deck of playing cards, including both jokers. If you’re playing with a deck of Estonian Explosive Ordnance Disposal cards provided by a local friend and fellow-traveller from Small Wars Journal, each side starts with ten extra points. That has no actual effect on game play, but is very cool.

During the game, a player will hold a hand of up to 5 cards, hidden from their opponent. As the game progresses there will also be a discard pile.

The game is played until the last card is drawn from the deck.

Start the game by dealing each player 5 cards. In turn, each player may then carry out one of the following actions:

If at the end of their turn a player has less than 5 cards in their hand, they draw one card from the deck. There are also two types of special cards:

The game is scored whenever an ACE is played, and immediately when the last card is drawn and the game ends.

Each side calculates the value of its jargons and counter-jargons using the following formula for each group:

If a pile lacks at least one red and one black card, or if it has too many cards of one type, it is unintelligible and counts zero. Otherwise, the value of each card (and the term it represents) is determined using the following chart:

As noted earlier, the ACE and JOKER cards have special functions and hence have no scoring value. In recognition of 3D and whole-of-government approaches, DIME, PMSEII, and similar schemas, any jargon that contains three of the four terms marked * counts triple value.

Explaining the walrus reference would require more information than PAXsims is able to provide at this time. For further details, contact David Becker, Senior Research Fellow (and Large Animal Analogy SME) at the Center for Complex Operations.

Both players then discard their groups, and the game continues. If there are no more cards remaining in the deck, after the final scoring round the player with the most points wins.

Seeking to develop your own context-specific individualized dynamic game revision? It’s easy enough—just substitute some of the terms on the scoring chart above.

The following game—played as a joint World Bank/McGill University collaborative, culturally-embedded learning exercise in a pub in Tallinn under the watchful eye of a blonde Estonian barmaid with a (plastic) sidearm—illustrates Jargon Wars in action.

Each round the players variously drew cards or placed them into their jargon groups. When an ACE was played, of course, a scoring round was commenced.

With no more cards left in the deck the game is over. Rex has earned 40 points to Gary’s 34, and emerged as the winner!